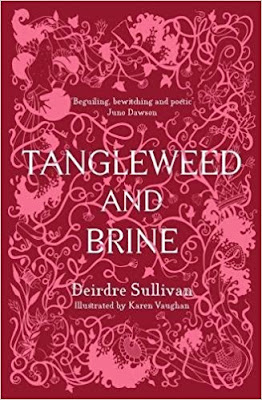 Yvonne is currently a Writing Fellow with the Royal Literary Fund and an Associate Fellow of Writing Project, which provides training in clear, respectful written communications with a human touch to commercial, public service and charity organisations. Her publications include Bully, Not Dressed Like That, You Don't and (with Linda Newbery) Writing Children's Fiction: a Writers' and Artists' Companion. See more on her website.

There are so many fairy stories in the world. I have shelves full of them: traditional, ancient and modern; stories for babies, young children, teenagers, adults. Many are retellings with a new slant: political, feminist, satirical, humorous, therapeutic, dark, dumbed-down. Not to mention the critical commentaries, the analysis of form and formula, the exploration and explanation of human cognitive development, of why we need these tales.

All these I have loved. But I haven’t often been surprised or entranced since discovering Angela Carter. And now comes Tangleweed and Brine. It’s marketed as a Young Adult book for readers aged 15+ (Sullivan is an award winning author in this category). This only proves the idiocy of the book world’s prevailing fish-or-fowl determination to categorise and constrain. I hope this book finds its way across the divide.

Thirteen traditional tales from Grimm and Perrault are retold from the viewpoint of the female characters. Karen Vaughan’s moody black and white illustrations capture the spirit of the stories: subversive and dark; aching with loss and longing and a backbeat of anger.

You were a friendless child, a barrel chested, sturdy little thing who played alone. Who looked up through the branches seeking nests, needing something kinder than human…

You grew up soft, but still you learned to hide it. Piece by piece. The world’s not built for soft and sturdy things. It likes its soft things small and white, defenceless. Princesses in castles. Maidens waiting for the perfect sword. You grew up soft, and piece by wounded piece you built a carapace around your body. Humans are peculiar little things.

Sullivan digs right down into the character’s heart and soul, bringing the shadows of personal history into the light and challenging the reader’s preconceptions. Sometimes, I didn’t even recognise the original story until it was almost over (a tip: don’t read the contents page, just dive in.) Tangleweed and Brine is a lyrical beauty of a book. Leave plenty of time to savour each story, to let it sink in, before tackling the next. Let the women who have so often been portrayed as the small, white defenceless things reveal their secret power and the determination to pull themselves free:

Sometimes love is something more like rage. It makes you fight. You feel the future, wide and bright around you, kicking in your gut as though a child. The night spreads wide and you have flown, you’ve flown. The shape of you impressed in attic cloth is all that’s left. You wonder how long it will take for them to notice. It is an idle thought. You don’t care.

- inspirational, poetic and beautiful, though maybe not a bedtime read.

Tangleweed and Brine is published by Little Island.
Posted by Linda Newbery at 00:00