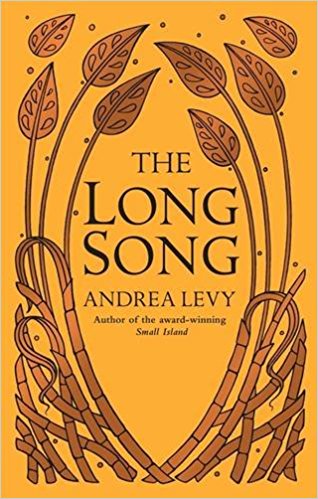 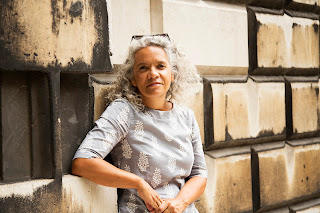 Catherine Johnson has written many books for young readers, including her most recent, Blade and Bone, the continuing adventures of young surgeon and anatomist Ezra McAdam and his friends first encountered in Sawbones. Blade and Bone finds Ezra in Paris just as the terror begins. Another recent novel, The Curious Tale of The Lady Caraboo, was shortlisted for last year's YA prize. She also writes for TV, film and radio.

One book I return to again and again is Andrea Levy’s masterpiece The Long Song.

It’s not just the central narrative, which breaks your heart more than once, in several ways, it’s the way the different characters frame those narratives. It’s a writers’ book about stories and how we tell them depending on who we are talking to, about how some stories are just too painful to be told and about how changing those stories is sometimes the only power we have.

I cannot recommend this book enough.

It is set across the nineteenth century, mostly in Jamaica although Victorian Hornsey gets a look in. The story of Miss July, born into slavery, fathered by a white overseer, living through the upheaval of the Baptist Wars and eventually becoming free. A woman who gives up her son to a white couple for his own betterment.

In July’s old age, her son, Thomas, returns from his upbringing and education in London to set up a printing press in Kingston. July agrees to set down the story of her life. But as anyone in any family knows, there is always more than one story.

I can imagine you might think – Another slavery narrative! Save me from Twelve Years a Slave or another remake of Roots! And I will nod my head; I could not watch Roots again. But there are a million reasons why you should read this, not including the experience of a time so often overlooked, and histories that are ignored.

Firstly it’s hugely funny. July, our main narrator is very dry and very unreliable. The horrors of how she came to be and how she exists, often descend into a kind of farce. And after all isn’t it a ridiculous, unbelievable situation? People arbitrarily owning other people?

Secondly it’s the actual writing of it. The structure of a story framed within a story. Of how we all shape our own history in order to be able to live and in order not to hurt those we love.

As someone who has scraped a living from writing for the past twenty years it is fascinating to see how artless and clever the structure of this book is.

It was on the Booker shortlist in 2010 and won The Walter Scott Prize for historical fiction.

The Long Song is published by Tinder Press.