NATURAL SELECTION: A YEAR IN THE GARDEN by Dan Pearson, reviewed by Linda Newbery 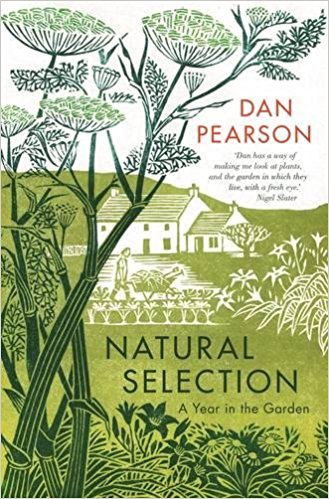 "Dan Pearson credits both Christopher Lloyd and Vita Sackville-West as writing mentors, and yes, his own writing gives the sensuous pleasure he admires in theirs. This is a book to relish for the eloquence of its description as much as for the information it imparts." 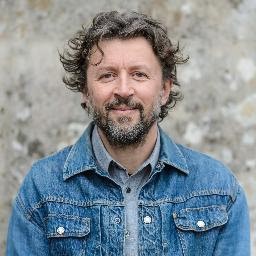 Speaking at the Oxford Literary Festival in March, Dan Pearson said that his love of writing developed alongside his passion for gardening from an early age, and he illustrated his talk with some of the lists and stories, journals and notebooks he has kept from childhood. Now one of the most influential garden designers working today – his Chatsworth garden at Chelsea in 2015 won both a gold medal and Best in Show, and his design studio has worked on prestigious projects in Japan and Italy and many others including Maggie’s Centre in London and Lowther Castle – he somehow still makes time for writing alongside the many other demands of a busy career.

Until 2015 he wrote weekly pieces for the Observer magazine (where his page was the first I’d turn to, and still miss …) and his new book, Natural Selection, brings many of those articles together as a year-book companion, following the seasons’ progress. But while progressing through the months we move back and forth in time and through many different settings – his own plots in Peckham and now Somerset; his childhood home; deserts, forests and coasts he has studied on his travels; a visit to George Harrison's extraordinary Friar Park garden - while other sections compare the merits of various roses or magnolias or planting combinations, or simply look at the joys of a particular season or day: “The garden is a sanctuary of sorts and one that allows me to combine mindfulness with the purely physical.” Although there's a fair bit of dirt-under-the-fingernails detail on semi-ripe cuttings, seed harvesting and growing salads for succession, this isn’t a how-to gardening book so much as an appreciation of plants, landscapes, seasons and the effects of light and shade.

Dan Pearson credits both Christopher Lloyd and Vita Sackville-West as his writing mentors, and yes, his own writing gives the sensuous pleasure he admires in theirs. This is a book to relish for the eloquence of its description as much as for the information it imparts. Here’s a camellia he saw in Japan: “… There it was in the gloom, a white, autumn-blooming Camellia sasanqua. Its delicate branches had formed a perfect dome four metres high and swept down to knee height to fan out as if it was doing a curtsy. Each leaf, a slim twist of the darkest, most lustrous green, reflected what light there was left in the afternoon, and along its branches was the peppering of flower. Pale and pure glistening white, the five-petalled blooms flared informally away from a golden boss of stamens.” Walking in Greece, he came across “a bowl-shaped valley giving way to oaks with juniper clinging to the cliff faces. The dark shadows at their base were lit by a surf of moon daisies, and a hush descended for a moment as my ears adjusted from the waves to a roar of bees feeding in a sea of Lavendula stoechas.” At home, on writing days, he brings a posy of flowers indoors, to notice “the way a flower is put together and how it sits on the stem … You can witness the passage of bud from opening to demise, see how the colour is infused and then diluted, or in some cases intensified by ageing. The seed and the berries and even the skeletons, come the winter, are of just as much interest.”

The hallmarks of Dan Pearson’s designs are the subtlety of his response to place and atmosphere and the inspiration he takes from wild landscapes. Beth Chatto was an early influence, from whom he began to learn the art of “achieving a delicate balance between steering nature and being part of it rather than trying to dominate,” and “gardening with wild plants rather than overworked cultivars”. He knows the importance of quiet moments of appreciation, whether in exotic locations or in his own garden. Of his planting for Maggie's Centre for cancer care and a friendship that developed with one of the patients, he writes: "I have always instinctively known that intimacy, sensuality and sanctuary in a garden are key to creating a sense of wellbeing, but it has been made so much more vivid seeing it through the eyes of someone who is seizing life with a new intensity."

Natural Selection is a beautiful object to hold, printed in dark green rather than black ink and with endpapers, cover design and an illustration for each month by Clare Melinsky. It’s a book to read twice at least: first to devour the lot in one go, as I’ve just done; then returning to each section in its own month. And I recommend keeping a plant encyclopaedia or i-phone handy as you read, as you’re sure to want to look up some of the plants and gardens mentioned and add to your wish-list.

To keep in touch with Dan Pearson’s journal, and the development of Hillside, his Somerset smallholding, you can follow his regular blog and newsletter, Dig Delve. There's also an interview there with artist Clare Melinsky.