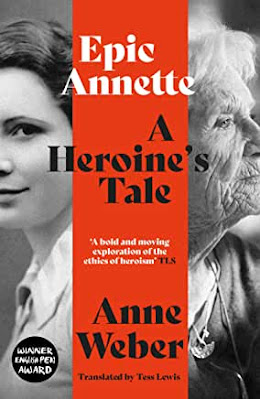 "Annette Beaumanoir is a rare heroine whose fierce courage almost demands an unusual, and beautiful, account of her life." 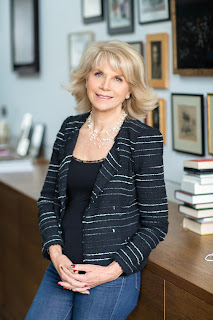 Anne Sebba is a biographer whose most recent book is Ethel Rosenberg: A Cold War Tragedy. She has written eleven books, including That Woman: a life of Wallis Simpson and Les Parisiennes: How the women of Paris lived, loved and died in the 1940s.
Reading about a woman who displays extraordinary courage in her life, not once but repeatedly, forces one to question ‘what would I have done.’ How many of us can put our beliefs before our family? Annette Beaumanoir did just that - first resisting a foreign occupier and then fighting for Algerian Independence against her own county – and her story feels deeply resonant in 2022. Annette’s courage as a teenage resister to the Nazi occupation of France in 1940’s is spectacular enough but going to prison for justice in Algeria when it involved not only opposing her own country but leaving her children requires a quite different brand of courage and determination.

In 1944, not yet twenty and a Communist resister, she rescued two Jewish children, strangers, and took them to safety with her parents in rural Brittany. The pair survived the war and in 1996 Annette and her parents were recognised by Yad Vashem as Righteous Among Gentiles.

Then in 1959, having left the Communist party three years earlier, married to a doctor, a mother of two children and living a comfortable life as a respected neurophysiologist in Marseilles, Annette resisted again. This time against France, her own country, and in support of the Algerian Front de Liberation Nationale (FLN). She was found guilty of terrorist subversion and sentenced to ten years in prison by a military tribunal. But, because she was pregnant with a third child, she was kept under house arrest and, thanks to an elaborate escape arranged by her husband and friends which involved a dramatic flight in a car boot, was spirited away to exile in Algeria. But after a coup in that country, she again had to flee and eventually settled in Switzerland where she worked as Director of the Department of Clinical Neurophysiology in Geneva hospital.

It has taken decades for the bravery of women such as Annette to be recognised. Some years ago, when I was researching a book about women in wartime Paris, I was constantly struck by the number of those who had performed courageous acts: yet, as a group, women had the reputation of collaborating with the enemy. Now her story has been told in an unusual way by Anne Weber, who writes in blank verse in French and German, and the book was awarded the 2020 German Book Prize. Annette died earlier this year aged 98, just weeks before its publication in the UK.

I had not realised how powerful blank verse could be in telling such a story, perhaps because in a poem every word has to earn its place. I marked several phrases where this seemed especially forceful such as the ‘yellow star which gleams like a golden target on the lapel.’ But also Weber is dealing with a panoramic sweep of history which suits such technique beautifully. An epic poem for an epic fighter.

Annette Beaumanoir is a rare heroine whose fierce courage almost demands an unusual, and beautiful, account of her life. She stood out in life and this epic will ensure that she is honoured in death.
Epic Annette - a Heroine's Tale is published by Indigo Press.
See also Adolfo Kaminsky: A Forger's Life, reviewed by Graeme Fife.