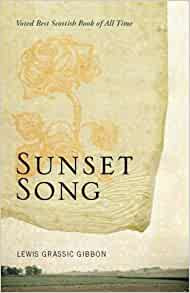 "I’ve read few novels charged with so urgent an onward pulse of gripping drama played out on a confined stage."

I owe my friend David, a native Scot, many books to which I was a stranger, but none of his recommendations has pleased, enthralled, astonished me more than this remarkable novel, written by a man three years before his cruel death at the age of 35. Merely to scan the list of his work begs the question: ‘When did the man sleep?’

The novel is set in a small farming community in the Scottish Highlands in the years leading up to the First World War. To recount the obvious elements of such close-knit society – the neighbourliness, the support and help, the loves and ructions, the content and the disquiet, the petty slights incurred through envy and misunderstanding, the greater spite engendered by rumour – is no more than routine. The fluctuations of human intercourse tauten and loosen, the human spirit abides in the villagers, shoves them aside, gives way to the relentless call of working the land, managing the livestock, making do, the common matter of living in some sketchy plenty beyond mere subsistence. There is joy and sadness reflected in the tumble of seasons, foul weather, broad warmth of summer, pinch of winter, burgeoning of spring, the days carolled by familiar birdsong. And the men and women, young and old, who people the tiny parish, who vote for a new minister to mount the pulpit of the kirk on the strength of his preaching, and gather for the weddings and funerals, the pitch and fall of life all round them.

I’ve read few novels charged with so urgent an onward pulse of gripping drama played out on a confined stage. Central to the story, Chris Guthrie, from quean (girl) to wife. It’s her story above all but the existence of one touches the being of all and that is part of Gibbon’s exceptional skill as a weaver of story. The lyric quality of the writing, the rhythms and thread of the narrative, never slackening their tug and pull, are utterly beguiling. I open at random. The villagers are out in the fields harvesting the straw:

‘Sore work Chris found it to keep her stretch of each bout cleared for the reaper’s coming, the weather cool and grey though it was. But a sun was behind the greyness and sometimes when you raised your head from the sheaves you’d see a beam of light on the travel far over the parks of Upperhill or lazing across the moor or dancing a-top the Cuddiestoun stooks, a beam from the hot, grey haze of that sky that watched and waited above the sweat of the harvesting Howe.’

Three place names tossed casually into the sweep of the description like fixing points, and Chris, herself, at once a centre of attention but only one of the many at work there in the days after reaping.

There is a potent, elegiac quality in the writing itself, laced through as it is with many words of native Scottish. Scabrous opinion has it that the Scots language was invented to provide poets with a plentiful supply of off-the-peg rhymes. David has written about the Scots language which was ‘held [in check] forcibly by the English, curtailed, shamefully restricted then banned under threat of death, its richness lost over the centuries as English took its place. We fell dutifully into line like any other colony of the Empire. It rankles, still.’ Gibbon himself says that he’d hope that anyone reading the book might not feel put off by the inclusion of such vocabulary, but there is a Glossary and useful, too. The colour of the old language, still alive in its remnants, even today, underlines the sense of a way of life dwindling. The demands of the War lead to the felling of great swathes of pine forest, a detriment never fully repaired. Machines were already growling at the hooves of the working horses and the lean provision of what could be grown on small farms was increasingly challenged by the superabundance of town markets.

But above all, in Chris Guthrie, Gibbon has brought to life a woman whose feelings, thinking, passions, dismay and joy, bind this reader, at least, to wonder at the richness of fiction’s best inventions. She is not alone. She joins a varied cast of memorable characters - friends, neighbours, the likeable, the shifty, the dafties, the odd balls, the kindlier souls.

Last year, I named three books which I looked forward to reading. Had I but known, Sunset Song would have been there, at the top. I suggest, wholeheartedly, you consider adding it to your list.

------
Graeme is a regular reviewer here. Here are more of the books he has chosen:
The Shapeless Unease by Samantha Harvey
Bright Day by J B Priestley
What a Carve Up! by Jonathan Coe
A Telling of Stones by Neil Rackham
West of Sunset  by Stewart O'Nan
Uncle Silas by Sheridan Le Fanu