THE LANGUAGE OF BIRDS by Jill Dawson, reviewed by Linda Newbery 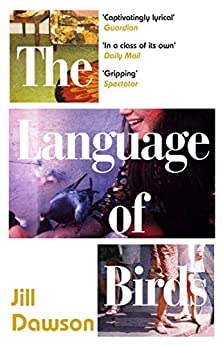 "The tensions between these young women’s strength and resourcefulness, the various ways in which they're exploited and their efforts to escape the tugs and burdens of the past make this an absorbing read." 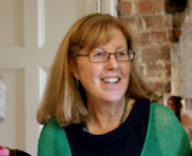 Linda Newbery edits Writers Review. She is currently working on her second novel for adults, following Quarter Past Two on a Wednesday Afternoon (retitled Missing Rose for the paperback edition) which was a Radio 2 Book Club Choice.
Having enjoyed the inventiveness of Jill Dawson's The Crime Writer, based on the life and work of Patricia Highsmith, I was eager to read this, a fictionalised version of the events leading to the disappearance of Lord Lucan in 1974 after the murder of his children's nanny, Sandra Rivett. In an Afterword, Jill Dawson quotes the victim’s aunt: "This entire inquest has been devoted to the life of Lord Lucan, and the life of poor Sandra has been almost ignored." The Language of Birds gives a richly-imagined life to the young woman here called Mandy Rivers.

By chance, this is the second novel I've read this year that involves a nanny taken on at short notice and with scant investigation into her qualifications by wealthy employers who are all too ready to hand over their children to the care of a stranger (the other was Magpie Lane, by Lucy Atkins). Mandy gets her job at the instigation of her friend Rosemary, whose first-person narrative alternates with Mandy's, in third-person. A Norland-trained nanny already working in London, Rosemary covers up for Mandy's lack of qualifications and experience. Early on, we know that the two young women met at a psychiatric hospital in the East Anglian fenland, and that Rosemary was sent there after believing that pigeons had told her to kill herself. It takes longer for us to discover why Mandy was there, but the friendship and mutual support of the pair is crucial to the story.

Adaptable and kind, Mandy learns the etiquette of her new role (in a private London square, she's asked by another nanny, "Is your mummy a titled mummy? ... This is the bench reserved for titled mummies' nannies") and the strange routines of the Knightsbridge household. Lady Morven, Katharine, is harrowed by a custody battle for her children but shows little interest in them, remaining closeted in her bedroom; ‘Dickie’ (Lord Morven) keeps the house under surveillance, claiming his children on alternate weekends. Finding empathy with the troubled Katharine and hearing of threats and beatings, Mandy fears what he might do. It’s no spoiler to say that the tragic events of that November night are well foreshadowed, seeming inevitable.

To their employers and others of their class, the young women's nanny status renders them all but invisible, Rosemary often ensuring this by wearing uniform. Nonetheless, having escaped from a repressive mother, Mandy revels in her new London life and the feeling of independence, limited though her independence actually is. Jill Dawson writes very well about sex, conveying Mandy’s amazement at her physical and emotional openness with Caribbean boyfriend Neville. Having always been made to feel inadequate, she experiences this as a revelation - all the more poignant because the reader knows it will be short-lived.

The birds of the title seem to symbolise freedom and flight (and perhaps the girls themselves, in 70s idiom). We first meet Mandy newly-arrived in London and watching gulls wheeling over the Thames; to Rosemary, birds are portentous, to be feared, provoking her strange visions.

Although Rosemary attends a women’s consciousness-raising group, she's the one who's readily swayed by Dickie’s urbane charm into finding excuses for him. Too late she realises that “people make the mistakes I did. They prefer another story. The story where the woman is too sexy, too crazy, or having an affair.” The tensions between these young women’s strength and resourcefulness, the various ways in which they're exploited and their efforts to escape the tugs and burdens of the past make this an absorbing read. And I loved the 70s detail of fashion, food, music and attitudes, never overdone.

The Language of Birds is published by Sceptre.
See also Jill Dawson's The Crime Writer, reviewed by Patricia Elliott.
Posted by Linda Newbery at 00:00