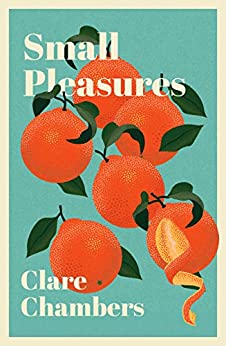 "A story I haven’t been able to get out of my head since I first picked it up." 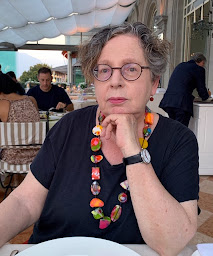 Adèle Geras has written books for readers of all ages. Coming from Michael Joseph in February next year is her novel Dangerous Women, published under her pseudonym, Hope Adams.
website: www.adelegerasbooks.com
Twitter: @adelegeras
This novel, which I read about a month ago, is going to end up near the top of my list of Books of the Year, 2020. I would love it if some prize juries put it on shortlists.

It’s Clare Chambers’ first book for a decade and I’m determined to read her entire backlist. On the strength of this novel, I regard her as one of those writers you can trust. After only a few pages you know you’re in good hands. Her prose is sharp, intelligent and witty. It’s lyrical without being sentimental, and she is able to transport a reader instantly to a specific time and a place. Her ear for dialogue is superb. She creates an entire universe: a rather narrow and parochial suburban world which is nevertheless fascinating and whose denizens are as full of emotional turmoil and tormented feelings as anyone in a novel with a flashier setting. Lovers of Barbara Pym and Dorothy Whipple will feel completely at home in this novel, and speaking as someone who was thirteen in 1957, when it’s set, I can promise you that every detail is spot on.

Jean Swinney is a reporter on the local newspaper. She lives with her mother, who is a millstone round her neck. Then a story comes to her attention. A woman is claiming that her ten-year-old daughter is the product of a Virgin Birth. As she follows the story, Jean becomes involved with the family she’s investigating. I shall say no more for fear of spoilers ... the author herself has written of how she based the Virgin Birth part of the plot on a real story in the Sunday Pictorial (see @ClareDChambers on Twitter)

A controversy-ette has sprung up on Twitter about Small Pleasures, but I’m not telling you what that’s about either. What I will say is: this novel is as carefully put together as a Swiss watch, and there’s nothing that hasn’t been thought through. This might sound enigmatic, but you’ll see what I mean when you read the book.

The tasteful picture of tangerines on the cover is not really indicative of the kind of novel it is, but I’m pretty sure that it’s there for a reason. I just hope everyone who isn’t drawn to “that sort of cover” makes their way past it to a story I haven’t been able to get out of my head since I first picked it up.
Small Pleasures is published by Weidenfeld and Nicolson.