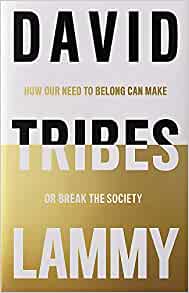 "A mixture of personal background, sociological and political observations and what may be seen as a manifesto for a future Labour Government." 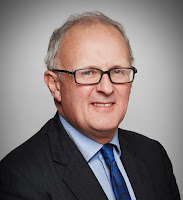 After attending state school in Grimsby, John Bowers was called to the Bar in 1979 and took silk in 1998. He has practised primarily in employment law and human rights. He has written or been the co-author of 14 books on employment law. He has been Principal of Brasenose College Oxford since 2015. He also sits as a Deputy High Court Judge.

The word “tribal” has become unfashionable; it seems an old-fashioned word. It may be abusive (and certainly pejorative) to say someone behaves in a tribal way. But we all have our tribes, our identities, our clubs, even our football affiliations. And increasingly with social media, we only gain information within our own tribal groups. Tribalism has benign and malign features.

Thus a 2017 survey by the Washington Post found that 47% of Republicans thought that Trump had won the popular vote because this is precisely what they had been told by the right-wing media. Many Democrats would not want their children to marry a Republican. Brexiteers and Remainers seemed very different tribes with little in common. The country divided more in relation to the deep passions this debate unleashed than the normal politics of class. Strangely and tragically, it took Covid-19 to produce a national unity, at least temporarily.

David Lammy MP examines all of this (pre-Covid-19) in this important book. As the MP for Tottenham, he has made the running on several campaigns, most notably on access to universities, Grenfell Tower and Windrush. He knows about race relations and the importance of integration. Tottenham is a place with tribal intensity. In recent years globalisation and digitisation have ed to a new more pernicious type of tribalism. He cites the remarks of Celia de Anca that “the new tribalism comes from a shift from a longing for independence from a society made up of communities to a longing for belonging in a society made up of individuals”.

David himself is an interesting mixture of identities. His parents came from Guyana and he grew up in the British Caribbean community in a single-parent household but he spent term time as a choirboy in the very English environment of a Peterborough public school. He is black but married to a white woman and his children are of course mixed race. His DNA test showed that he was 25% Tuareg, 25% Temme from Sierra Leone, 25% Bantu, 5% Celtic and the rest mish mash. He has a tribal loyalty (surprising as it may seem) to Arsenal Football Club.

The 343-page book is made up of a mixture of personal background (his visit to the ancestral home in the Tuareg tribe in Niger is particularly moving), sociological and political observations and what may be seen as a manifesto for a future Labour Government (of which he may be a member having just been promoted to the Shadow Cabinet).

The book is divided into three parts: My Tribes; how belonging can break society; and how belonging can make society. He calls for “a new civic politics of belonging” which recognises that people have tribes but must be part of wider society and he rails against the “ethnic nationalists” and “the populists who offer the false solution of animosity to solve the real problems of our time”.

It is worth a read but some of it is uncomfortable reading - whatever tribe(s) you may belong to and particularly if you think you don’t belong to a tribe at all.

Tribes is published by Constable.
Posted by Linda Newbery at 00:00