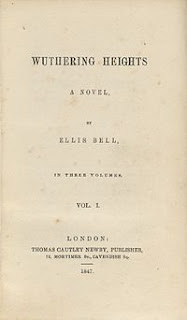 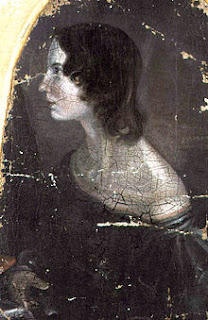 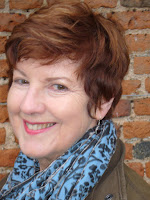 Celia Rees has written over twenty novels. Her new book, Glass Town Wars, will be published in November 2018 by Pushkin Press. It is a fantasy moving from present day gaming to the extraordinary world of Angria created by the Brontës in their childhood and adolescence. Emily is a character.

Today is Emily Brontë’s bi-centenary. This is in honour of her. It is not a review. I wouldn’t be so presumptuous, although that hasn’t stopped readers on Amazon where Emily Brontë only merits four and a half stars. I’m sure I won’t be the only writer heartened by that. Rather, this is a personal reading. What Wuthering Heights has meant to me at different points in my reading life.

I first read Wuthering Heights as an adolescent; a suitable literary text for grammar school girls. I have to confess, I didn’t quite know what to make of it. I had never read anything like it. It wasn’t until I was an adult that I realised that was the whole point and the mark of Emily Brontë’s extraordinary achievement. Neither had any one else. I was reacting in precisely the same way as the unsuspecting reading public when Wuthering Heights burst upon them in 1847. No-one had written anything like it, or has done since.

I didn’t appreciate just how brilliant the novel was until I taught it for A Level and went beyond the surface appeal of the romance that had both attracted and frustrated me as an adolescent reader. I realised that there was far more to the book than that. Romance doesn’t even begin to describe the passion between Cathy and Heathcliff and there is nothing romantic about the moors. They are real. Beautiful and atmospheric on one page, a death-trap to the unwary on the next. Further aspects of the book came into focus: other characters, how they function within the novel, the intricate interplay of their relationships and the possibility of different readings: the novel as a historical and social commentary on a rapidly changing industrial society.

Emily Brontë did not live in splendid isolation up on the moors. She lived in the middle of the Industrial Revolution. Howarth lies within sight of Halifax and had its own mills and working population. Mills and industry do not directly feature in the novel, that would not be Emily Brontë's way. She lived within sight of them everyday, as familiar to her as the Yorkshire dialect she uses so readily and naturally. The moors themselves are scarred by quarrying. Heathcliff is a foundling from the port of Liverpool; his dark, gypsy ‘lascar’ looks throw open a portal to Empire and the wider world. Heathcliff's treatment at the hands of Hindley, the Lintons, even Cathy herself, brings class prejudice into stark focus. The way Emily Brontë engenders sympathy for him, despite everything, would suggest a respect and knowledge of the plight and suffering, the acts of defiance of working men. She lived through factory strikes and riots; she would have heard stories of the hand weavers, the Luddites, the dark lantern men. She lays bare, not just class prejudice, but the position of women within this patriarchal society. No-one was more aware than the Brontë sisters of the dependent position of women, both unmarried and married, and no-one explores this more graphically, more succinctly and effortlessly than Emily. Cathy’s marriage to Linton literally kills her. Isabella Linton is abused and humiliated. Young Cathy is cheated out of her inheritance and kept as a captive. The only light in a considerable amount of darkness is the redemptive power of reading and education.

Later still, I came back to Wuthering Heights as a writer. I admired, above all, the book’s narrative structure. So clever, so innovative, so complex, intricate and exact. And so hard to do. Everything, the whole novel, is contained within the first three chapters: Wuthering Heights itself, the people who live there, a list of names on a windowsill, notes scribbled into the margins of a religious text, a fragment of diary and then the sudden, shockingly violent, savagely gothic intrusion of Cathy's ghost at the window. All witnessed by a narrator who will spend the rest of the novel trying to unravel the mysteries presented to him. His role is shared by the second narrator, Nelly Dean. Both of them unreliable in different ways. He looks but doesn’t see; she sees but doesn’t want to look. These interlocking narratives are added to by other devices: found documents; letters; testimonies that may or not be truthful or accurate. It is only by seeing the whole that the reader may know the full story and even then mysteries remain.

Emily Brontë refused to be fettered by the literary tropes of the time or by reader expectation. She accepted no limits to her creativity or her imagination. That doesn’t mean an undisciplined outpouring. The opposite, in fact, her working is intricate and exact and shows the discipline of long experience. Emily Brontë didn’t spring, fully formed, as the world’s most dazzling debut novelist. She’d been writing since she was nine years old. Emily’s own juvenile writing is lost. We have no record of her contribution to the Angria saga and all that remains of her own world of Gondal are a few poems. She abandoned made up worlds for the one in which she lived. The world she creates in Wuthering Heights is intensely real; its reality underlined by the precision and detail of her descriptions and her essentially unimaginative and mundane narrators but in her use of the gothic, the supernatural, in the liminal, the ‘otherness’ of Heathcliff, in the numinous quality of the writing, we glimpse Gondal gleaming through.

“It is as if Emily Brontë could tear up all that we know human beings by, and fill these unrecognizable transparencies with such a gust of life that they transcend reality.” Virginia Woolf

‘Genius’ is a word much over used, as is ‘unique’ but both apply to you.