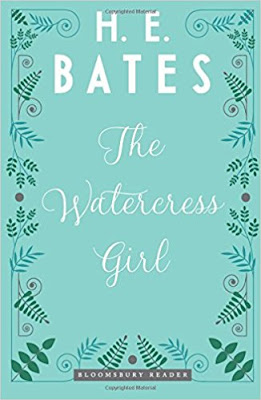 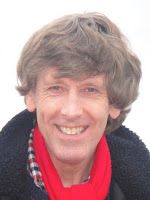 Tim Bowler has written over twenty books for teenagers and won fifteen awards, including the prestigious Carnegie Medal for River Boy. He has been described by the Sunday Telegraph as 'the master of the psychological thriller' and by the Independent as 'one of the truly individual voices in British teenage fiction'. His works include Midget, Shadows, Storm Catchers, Starseeker, Apocalypse, Frozen Fire, Bloodchild, Buried Thunder, Sea of Whispers and the Blade series. His most recent novels are Night Runner and Game Changer. His books have been translated into over thirty languages and have sold over a million copies worldwide.

I've always loved short stories, can't get enough of them, and I have collections of stories from all the big hitters of the genre plus every imaginable other kind of story ranging from the sublime to the execrable. It's hard to choose a favourite short story writer but H.E. Bates has to be near the top for me. I'm not mad on Bates's longer fiction and I can't stand the Pop Larkins but as a short story writer Bates holds me in a state of wonder. It's not just his evocations of rural England in the first half of the last century, his beautiful prose writing, his empathy with nature, his characterisation or even his humanity, apparent on every page, that set him apart for me. It's something else that he does with his stories, and I come back to the word 'wonder'. Where a Maupassant or a Saki might kill us with a twist, Bates's stories almost always turn on what Anthony Burgess called 'a small epiphany': a moment of revelation or transcendence at the spiritual apex of the story.

The Cowslip Field, the first story in Bates's collection entitled The Watercress Girl, is a good example. A small boy is being taken to the cowslip field by his guardian, a young woman called Pacey. He likes Pacey. She's kind and good humoured and she doesn't mind his leg-pulling about her country dialect. She patiently answers his questions, joshing with him about what ants do all day and why the sky doesn't fall down on us, and she doesn't even mind when he asks if she's got a young man. 'Oh, they're like plums on a tree,' she says. 'They all want to marry me.' We know that's not true. It's been made clear from the start, through the eyes of the boy, that Pacey is no looker. She's small, dumpy, has a mole on her cheek, and she wears outlandish glasses and a big felt hat. They make their way to the field, pick cowslips together, and thread them into chains, his much smaller than hers, then, for the first time, he notices that she has taken off her hat and has a huge wodge of hair rolled up 'like a heavy sausage'. He asks her to let it down so he can place a cowslip crown on her head. She doesn't want to but he persists. Let Bates take it from here…..

'She started to unpin the sausage at the back of her head, putting the black hairpins one by one into her mouth. Then slowly, like an unrolling blind, the massive coil of her hair fell down across her neck and shoulders and back, until it reached her waist. He had never seen hair so long, or so much of it, and he stared at it with wide eyes as it uncoiled itself, black and shining against the golden cowslip field.

He knelt by Pacey's lap and reached up, putting his cowslip chain on the top of her head. All the time he did this Pacey sat very still, staring towards the sun.

He reached up, draping Pacey's own longer necklace across her hair and shoulders. The black hair made the cowslips shine more deeply golden than before and the flowers in turn brought out the lights in the hair. Pacey sat so still and staring as he did all this that he could not tell what she was thinking and suddenly, without asking, he reached up and took off her spectacles.

A strange, transformed woman he did not know, with groping blue eyes, a crown on her head and a necklace locking the dark mass of her hair, stared back at him….'

…….and there's the small epiphany, the moment of wonder: for the boy, for Pacey, for us. It only lasts a few seconds before Pacey remembers her modesty, mutters something, and restores her appearance to its former state. They joke a little more, then head for home, laughing, having fun, but somehow, in a subtle way, changed. And the story ends. H.E. Bates showing us how it's done.

The Watercress Girl is published by Bloomsbury.
Posted by Linda Newbery at 00:00