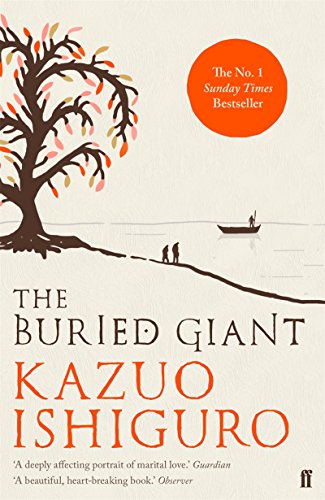 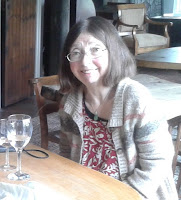 Linda Sargent is a writer who works as a publisher’s reader (David Fickling Books since 2002). She has published short stories and articles and her first novel, Paper Wings, appeared in 2010; she is also the author of Words and Wings, a training guide to creative reminiscence work, available as a free download from her website.

Recently we saw the theatrical version of La Strada, based on the film by Fellini who is quoted as saying that, “the best cinema (has) the language of dreams, everything you see there has meaning, but the meaning is not always literal or easily understandable”. This surely applies to all great art, and certainly to Ishiguro’s powerful and hypnotic book, The Buried Giant. Anyone, picking it up and imagining they’re embarking on another foray into a Game of Thrones’ world is likely to be disappointed, and yet the fundamentals are there, but mystical rather than literal. Similarly, there are the echoes of one of my favourite childhood authors, Rosemary Sutcliff, in her vivid recreations of Roman and post-Roman Britain. This, though, is a Britain of bogs and forests where ogres lurk, stark mountains and rivers sprinkled with sprites and pixies, a Britain of meandering and uncharted paths and all shrouded in a memory-hazing mist, emanating from the dragon, Querig, as she slumbers under an enchantment cast by the now dead, Merlin. A Britain that, for me, evoked reminders of more recent wars too, such as those in the Balkans.

In this story Arthur is dead and his one remaining knight, an ancient (almost Pythonesque) Sir Gawain, wanders the land on his faithful horse, Horace, feeling it must be he who is tasked with Querig’s end. It is on Horace that the book’s two main characters, the elderly couple, Axl and Beatrice finally reach their destination of the river and its waiting boatman.
The story begins with Beatrice and Axl preparing to leave their communal, but not especially friendly, Hobbit-like burrow; they set off to find their son, absent for some years, planning to travel on foot to his village, despite the hazards of the wild landscape. Essentially, it is an archetypal journey story, fraught with both helpers and hinderers. They and everyone they meet, carry an unsettlingly vague notion of the past that both inhibits and protects them in their present life. Beatrice is nursing a pain that she tries to hide from Axl, but it is clear to him, and to the reader, that it is no trivial matter and at one point, en route, the two elderly Britons seek out a monastery where a monk may be able to offer help to Beatrice, but where other dangers await. Meanwhile, they have met with Sir Gawain, Wistan, a Saxon warrior on his own quest and also his Saxon boy companion, Edwin, rescued from ostracism in his village because of a wound (apparently caused by an ogre) and also on a personal mission, to find his mother. The four of them come together, encounter dangers and frights, are separated and re-united; however, the binding thread running through the story is the abiding power of love between Axl and Beatrice. Throughout, Axl tenderly refers to his wife as “princess” as he encourages and nurtures her during their exhausting and challenging journey. And it is this love, with all of its past imperfections, that mirrors the buried anger and resentment of the people in this mist-covered land. What is raised here is the question of the seductive enticement of repressing memories of past violence (of burying the giant) and how, once uncovered, the dangers implicit in lifting the lid on possible revenge and retribution. Near the end of the book as memories begin to clear, there’s a moving plea from the elderly Axl to the young, newly fired-up, Edwin: “Master Edwin! We beg this of you. In the days to come, remember us. Remember us and this friendship when you were still a boy”.

With so much upheaval, displacement and distrust caused by ongoing conflict in our current world this is indeed a story for our times: a story for all time and one that demands many readings. I loved it.