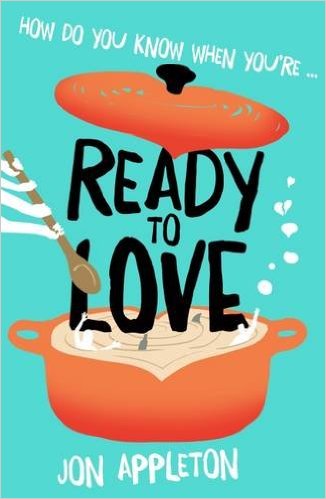 "The city background of these contemporary thirty-something professionals is painted with a light yet vivid touch, adding to the enjoyment of a novel that is both most entertaining and elegantly written."

Born in Indonesia of French parents, and brought up in France and Australia, Sophie Masson is the award-winning and internationally-published author of over 60 books for children, young adults and adults. Her latest young adult novel is Hunter's Moon, (Random House Australia) while her latest adult novel is Trinity: The False Prince, (Momentum.) Sophie is also a founding partner and co-director of Christmas Press, a boutique publishing house producing acclaimed children's picture-books and fiction. She holds a BA and M.Litt from the University of New England in Australia and is currently undertaking a PHD in Creative Practice at the same university. She is on the Boards of the Australian Society of Authors, the New England Writers' Centre and the Small Press Network. She has also served on the Literature Board of the Australia Council and the Book Industry Collaborative Council.

Writing about nice, ‘ordinary’ people, in a way that will make readers want to keep turning the pages, is not easy. And writing about nice people made tentative and ineffectual by life’s defeats and challenges—and other people’s attitudes and expectations--is harder still. In many ways, it’s so much simpler to write flamboyant, selfish, silly or psychopathic characters: those extreme personality traits can be very useful characterisation shortcuts. So it’s a real achievement when a writer not only pulls off the difficult task, but does it with keen observation and generous wit, as Jon Appleton does in his debut novel, Ready to Love.

As its title indicates, Ready to Love can broadly be described as a romantic comedy. Set in contemporary London, it’s centred around two main characters: Minna, who’s just ended a relationship with self-absorbed Julian, latest in a short line of unsatisfactory lovers; and Jeff, still hurting from the breakup with his equally self-absorbed wife Sarah a year ago. Neither Minna nor Jeff have been ‘high-flyers’ or ‘movers or shakers’ in the world of work anymore than they have been marked successes in their love lives, but they are good people who try to do the best they can by their colleagues and families and friends. Unfortunately, that can lead to them being patronised or even bullied by stronger personalities who think that they know better than Minna or Jeff what each of them are like or should do.

The reader hopes of course that these two nice yet rather bruised and tentative—but never pathetic or unsympathetic-- people will eventually find the beginnings of happiness with each other once they realise that they are, indeed, ‘ready for love’, but it’s not just that, pleasant as it is, which keeps you absorbed in the novel. In an interview I conducted recently with Jon Appleton, he said that, Ready to Love is about the way we see ourselves and how we think other people see us, and the different kinds of attachments we form to those around us: family, friends, lovers, colleagues. And that is what makes the book so satisfying: too often, in romantic comedies, the focus is just on the search for love, but in this novel, the author does not forget the other large chunks of life, including the everyday world of work, which in real life takes up so much of people’s time, thoughts, and emotional energy. And the great cast of secondary characters, from all the different areas of Minna’s and Jeff’s lives, are deftly sketched in with telling detail.

Jon also mentioned in the interview how important the novel’s London setting was to him, as the idea for it came out of a feeling of homesickness when he was living away from his London home for a year, but was developed fully later, when he was back. That development is evident in the novel, where the city background of these contemporary thirty-something professionals is painted with a light yet vivid touch, adding to the enjoyment of a novel that is both most entertaining and elegantly written.