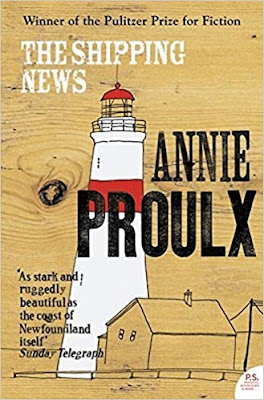 "A nest of narratives – stories within stories, a structure dense enough to mean that, looking back from the end, it’s impossible to see the whole of the road that took you there."

Lissa Evans is the author of five novels for adults, including Their Finest Hour and a Half (filmed in 2017 as Their Finest, starring Bill Nighy and Gemma Arterton), and Old Baggage which tells the story of a former suffragette who is not yet willing to give up the fight. She has also written three books for children, two of which (Small Change for Stuart and Wed Wabbit) were shortlisted for the Carnegie Medal.

Before becoming a writer, Lissa initially studied medicine, but later worked in radio and television comedy, where she produced and directed numerous series, including Room 101 and Father Ted.  She lives in London with her dog and her family. Her hobby is reading.


There’s a shelf in my bedroom where the re-reads sit: old friends, always ready for another visit, the pages freckled with the odd coffee-stain, the spines lacking in …well, backbone : most are books that I tend to dip into, each falling open at favourite passages, but a small number I re-read from start to finish, among them The Rings of Saturn, Sebald’s melancholy and fascinating ramble through Suffolk , Neil Gaiman’s The Graveyard Book, a near-perfect, mult-layered story about a boy growing up surrounded by ghosts, Sure of You, the sixth of Maupin’s Tales from the City series, a little darker, a little more real than the others and Uncle Tungsten by Oliver Sacks, a book that combines a love-letter to chemistry with the story of a complex childhood. They’re a disparate bunch, these total re-reads; what they have in common, I realised recently, is that each possesses a nest of narratives – stories within stories, a structure dense enough to mean that, looking back from the end, it’s impossible to see the whole of the road that took you there. A second read still springs surprises ; the pleasures are still unworn after being encountered for a third or fourth time.

The Shipping News by Annie Proulx is also on that shelf, an edition with a cover showing a pounding green sea under a louring sky. I must have first read it not too long after it came out in 1993.

Quoyle: a coil of rope

Here is an account of a few years in the life of Quoyle, born in Brooklyn and raised in a shuffle of dreary upstate towns.

The opening chapter is a jolting read for a first-timer – a rapid run through Quoyle’s early life, short sentences like slaps in the face, half-phrases and broken clauses like missing steps, together building a vivid picture of a man who cannot find a place in life, who is forever standing awkwardly on the margins.

Quoyle has a ‘great damp loaf of a body. Head shaped like a crenshaw, no neck, reddish hair ruched back. Features as bunched as kissed fingertips.’ He’s awkward and unhappy and exploited by everyone he meets, culminating in a terrible marriage to Petal, who despises him while he worships her. When she dies, leaving him with two small children, he takes the initiative for the first time in his life, and moves his family a thousand miles to Newfoundland, the home of his forebears - a lump of rock in a hissing sea, the harshest of environments, but a place where, to his surprise, he seems to fit. He is accompanied by one of the most magnificent female characters in twentieth century fiction: The Aunt – dry, fierce and practical, a woman who has fought back against an unspeakable childhood to find life and love, and is now returning to exorcise old memories. But besides this central hinge, there’s so much else in the book - it’s stuffed with characters and interlinking stories, with the problems and practicalities of Quoyle’s domestic life, with the office politics of the terrible local newspaper that employs him, with sea-lore and history, crime and intrigue, with the crash and roar of waves, and a vocabulary that leaves a salt-lick on the tongue. It’s also, often, very funny.

And there’s an extra reason for my affinity with this book. My mother was a voracious reader, largely of history and fiction (she loved detective stories so much that she used to give them up for Lent). She adored The Shipping News and read it once a year and now, when it’s my turn for a re-read, it's like having a conversation with her:

Me: Oh, I love those ponderous fast-food restaurant reviews in Quoyle's newspaper.

Mum: Oh yes, they make me howl. And the part where Quoyle buys a terrible boat and refuses to admit that it's no good, and nearly drowns. That's exactly what your father would have done.

Mum: There are always bits I forget. I think I’m going to read it again before Christmas.

The Shipping News is published by Fourth Estate.