Guest review by Michelle Lovric: THE HISTORY OF CALIPH VATHEK by William Beckford. "Enough Gothic to give ten cathedrals indigestion...' 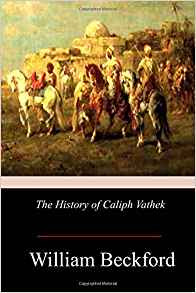 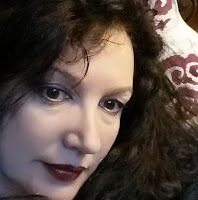 Michelle Lovric is a novelist for both adults and children, a biographer and a poet, with particular interests in Venice, art and the history of medicine. She has edited numerous anthologies of poetry and prose. Her fourth adult novel, The Book of Human Skin, was chosen for the TV Book Club; her third, The Remedy, was long-listed for the Orange Prize. She has served as a Royal Literary Fund Fellow at both the Courtauld Institute of Art and Kings College Graduate School, and, with Lucy Coats, teaches a Guardian Masterclass on writing for children. She’s the co-writer of My Sister Milly, by Gemma Dowler. She divides her time between London and Venice. www.michellelovric.com

I bring you The History of the Caliph Vathek by William Beckford, an eccentric personage who has a habit of haunting my own historical novels. I’m currently very interested in caliphs and gaiours. So was Beckford. And so was Byron, who acknowledged Vathek as his Bible. In fact, I suspect the poet of identifying with the self-indulgent eponymous hero. Other writers with debts to Vathek include H.P. Lovecraft and Edgar Allen Poe.

The picture at the foot of this page shows my own treasured copy, printed in 1887. It comes with endpaper advertising for Schweitzer’s Cocoatina and Linen Collars, Cuffs and Shirts by Robinson & Cleaver, Belfast. Before reviewing, I checked that Vathek’s still available in various print editions and on Kindle. Appropriately, my edition lived for ten years in Venice, where Beckford himself suffered some misadventures and enjoyments. My book was recently repatriated to London. So I’ve been rereading it, and finding more of interest than I ever did before.

In today’s context, what do we make of Vathek’s plot, in which the protagonist’s willful rejection of Islam’s core values leads to unspeakable atrocity against the innocent and endless torment in Hell for the protagonist himself? Meanwhile, Vathek’s stark storyline is rigged out in enough Gothic ornament to give ten cathedrals indigestion.

Beckford claimed to have written the work (in French) in a single sleepless sitting of three days and two nights). The year: 1782. Beckford was twenty-two, a febrile individual reputed the richest in England, gripped by the prevailing fashion for Orientalism. The previous Christmas he’d collaborated with the set painter Philip James de Loutherbourg to produce a lavish orientalist entertainment. Vathek was inspired by that work. But the book also shows the influence of the new literary Gothic, as epitomised in Walpole’s The Castle of Otranto, with its relentless parade of bizarre and sustained fantasy, terror, direful secrets, abominations, decadence, corruption and sacrifice of the young, graveyards, bodies and the full catalogue of gloomy, soaring architecture, from towers to castles (on earth and in hell).

An English edition of Vathek appeared in 1786 as An Arabian Tale, From an Unpublished Manuscript. Beckford’s name was not initially attached to it.

Beckford’s narrator adopts a mannered, arch story-telling voice that does not waver, no matter how many mutilations or excesses it describes. The story runs as a continuous narrative, like an all-night tale spun round a fire. Beckford does not attempt much interiority in his characters, preferring to describe their deeds and their effect on others, dwelling with a kind of distanced tongue-in-cheek pleasure on the dark, the ludicrous, the painful and the depraved.

Vathek is young when he becomes the ninth caliph of the Abassides, but his personality is already well formed. He’s greedy and sensual: with a ‘liquorish’ taste for ‘good dishes and young damsels’. He’s also clever, curious about science, particularly astronomy. He builds a tower with 11,000 steps for studying the stars. He creates five extravagant pleasure palaces, one for each of the senses. Vathek tolerates no disagreement. The fury in one of his eyes can – and does – kill. His eunuchs pinch his concubines until they bleed. His mother, Carathis, is one of the great psychopathic grotesques of all literature, a bloodthirsty grave-hungry woman riddled with evil, who facilitates her son’s every hellish act and desire. Her familiars are ‘fifty female negroes, mute and blind of the right eye’ who squint ‘in the most amiable manner from the only eye they had’. The laboratory of Carathis is filled with mummies, the oil of venomous serpents, rhinoceros’ horns and ‘a thousand other horrible rarities’, procured so that ‘she might one day enjoy some intercourse with the infernal powers to which she had ever been passionately attached.’ Her camel goes by the name of Alboufaki and can infallibly scent a graveyard.

Curiosity leads Vathek to buy some sabres from an ugly man who purports to be a merchant from India. (He is, in fact a demonic Jinn). The sabres glow with unreadable words. Vathek’s feared evil eye fails to extract their secret from the merchant, who escapes. Scholars struggle interpret the sabres’ text. Eventually it becomes clear that the messages are unstable: the swords yield new words on each reading.

The Jinn, named ‘the Giaour’ (infidel/blasphemer), tempts Vathek to renounce Islam. If he does so, the Giaour promises to lead him to ‘the palace of the subterranean fire’ where Vathek shall become master of unimaginable treasures of the pre-Adamite sultans and the talismans that rule over the world.

It’s no great moral struggle for a spoilt voluptuary like Vathek to give up the Islamic tenets of prayer, fasting and charity. But the Giaour also requires Vathek to sacrifice fifty young boys. The Caliph tricks his nobles into sending him their adored offspring. Once they realize the fate of their children, the nobles revolt. Vathek is rescued only by his mother and his vizier. But the full blood-price is not yet paid. Next Carathis and her son use her armoury of venomous unguents to create an explosion of light at the top of the astronomy tower. Loyal subjects run up the 11,000 steps to save their caliph, only to be sacrificed to the Jinn.

Now there’s dangerous journey to be undertaken to Istakhar by the caliph and his opulent household. After attacks by wild animals, they’re invited to rest in the by mountain-dwelling holy dwarves who try to re-convert Vathek to Islam. The caliph is persuaded to stay by the local Emir, Fakreddin. Not least of the attractions of Islam is the Emir's beautiful daughter Nouronihar, whom Vathek is easily able to lure away from her effeminate ‘bauble’ of a fiancé with a promise of ‘the Carbuncle of Giamschid’.

Mohammed himself beholds Vathek’s excesses with exasperation. Mohammed receives a request from a good Genie. Can he try to save Vathek from his eternal damnation? Taking the form of a flute-playing shepherd, the Genie offers dire warning about Eblis, ruler of Hell. Vathek may be saved, the shepherd tells him, if he destroys his tower, casts his mother out of power, and becomes once more a continent, respectful Muslim. He refuses.

Vathek and Nouronihar arrive in the underworld. But they soon discover that the palace of flames offers not endless wealth and power but eternal torment. Even Carathis is unable to save them. All three begin to feel the pain of remorse. Their hearts begin to burn, literally, with eternal fire.

It is partly the terminology and its deployment that make this book so interesting. A ‘Caliph’ is the ‘Caliphate’s’ head of state. It can also be the title for the leader of the Islamic Ummah, or international Islamic nation/borderless homeland. In this context, Vathek becomes a kind of Everyman. Jinn are also part of Islamic creation mythology, predating the invention of mankind. Allah conjured them out of ‘smokeless fire’. Eblis, or Iblis, is Islam’s first and foremost Jinn, expelled from Paradise for disobedience. In the Qur’an, he more often appears as ‘Shaytan’, similar not just in sound to the Christian and Hebrew ‘Satan’.

How to explain Vathek? I can detect faint threads of autobiography. There’s the feasting, for example. Beckford’s father, twice mayor of London, ‘gave very sumptuous dinners that made epochs in the life of feeding men’, according to the introduction to my 1887 edition, which also suggests, perhaps facetiously, that the hellish torment of perpetual fire in Vathek’s breast might have been inspired by the young Beckford witnessing or experiencing postprandial heartburn. The excesses of his father’s household, might also explain the number of exotic luxuries that sustain Beckford’s caliph – apricots for the Isle of Kirmith, muslin from ‘the Irak of Babylon’, chintz from Masulipatam, flagons of Shiraz wine, amber comfits, porcelain vases of snow.

The scant regard for human life? The deaths reckoned in tens and hundreds? The Beckford wealth derived from slave labour on the family’s Jamaican estates.

The loving descriptions of the delicious bodies of the fifty boys sacrificed? And of the beauty of Nouronihar’s effeminate fiancé? (‘When Gulchenrouz appeared in the dress of his cousin he seemed to be feminine than even herself …’) Beckford had at least two passions for noble youths, one of which was outed in the British press.

The early ascent of Vathek to the throne? Beckford’s father died when he was just a boy, leaving him ancestral acres at Fonthill, Wiltshire, an income of £100,000 a year and a million in cash.

The Jinn (spirits of smokeless fire)? Beckford himself was described as ‘all air and fire’ by a family friend who uselessly advised his mother to keep the Arabian Nights out of his sight.

The Palaces of the Five Senses? In Fonthill Abbey, Beckford created a Gothic seat for himself and his extraordinary art collection. Beckford’s sense of the exquisite was perhaps the mostly finely honed and most indulged of all his senses. Hearing must have been important too. Beckford, who had been tutored by Mozart, composed music.

The 11,000 step tower? Fonthill’s soaring spire collapsed (in the dead of a winter night, of course). By that time Beckford had moved to Bath, where he built another great folly of a tower.

Vathek’s anti-pilgrimage can find parallel in Beckford’s own extensive Grand Tour, during which he managed some colourful scrapes.

The holy, righteous dwarves? Beckford employed a pair of dwarves, gorgeously garbed, to open the 40-feet-high Gothic doors at Fonthill.

Vathek’s a cautionary tale on the same cruelty scale as Struwwelpeter. But how do we properly account for a decadent young English aristocrat, a bisexual, becoming an apparent apologist for pious Islam?

That, I cannot piece together coherently.

I can only suggest that you take a look.

The History of Caleph Vathek is published by Pinnacle Press.