SOME THOUGHTS ABOUT THE NOVEL by Adele Geras 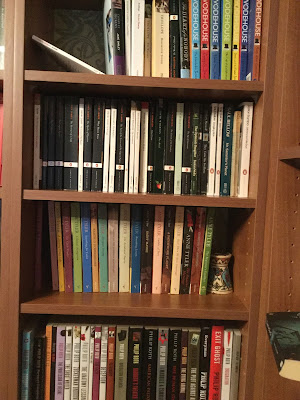 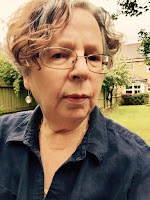 The novel is in rude good health. Millions of people all over the world buy novels, read them, discuss them, take them out of libraries, pounce on them in charity shops, borrow them from friends and discover them on Kindles. Money is being made by lots of publishers and even a few writers. There are novels to suit every taste out there and even the Literary Novel, (by which I mean a book that isn’t immediately classifiable as crime, romance, sf, horror, spy or whatever) is being read avidly. I give you, off the top of my head, Atkinson, Tyler, Strout, Mantel, Perry, Toibin, Hollinghurst, St Aubyn, Amis, Ishiguro, Roth, McLaverty, and on and on. You can add others, I’m certain. Please note: I know there are many, many people who do not read novels at all. If they want stories, they have tv and movies and games and other ways of accessing narrative. This piece however is about novels.


I’m prompted to write not so much by Will Self's pronouncement in an interview with Alex Clarke from the Guardian that the novel was doomed as a culturally significant thing, as by a discussion on Twitter started by Eva Dolan (a very good writer of thrillers) about people tending to shy away from the difficult, the challenging, the experimental etc.

I suspect that this reluctance to engage with such works has something to do with this kind of book being as Eva puts it, very light on plot. She says: I can't think of many novels with no plot at all. plenty light on plot but think the reader collaborates in finding one, almost like seeing faces in clouds.

I'm afraid that doesn't cut the mustard for me. Print that has to be scrutinized and gone over and puzzled about must yield a story at the end or it ceases to qualify as a novel. I contend that anything that tries to do away with PLOT can be very many things but a novel isn't one of them. It might be a prose poem or an essay or meditations about this or that subject but it's emphatically NOT a novel.

PLOT is to a novel what a foundation is to a building: necessary. A sine qua non. All the rest: roof beams, walls, plaster, décor: every single other thing slobbers away into mud if you haven’t laid down a foundation. Where novels are concerned, that foundation is a plot.

Some believe that there are 7 templates for Available Plots (see Christopher Brooker's The Seven Basic Plots: why we tell stories. He contends that all stories fall within 7 categories, which may or may not be true, but I'm not discussing that now. I only want to say this: a novel needs a plot.

This can be extraordinarily simple. Very many books of greater or lesser literary worth can be boiled down to: Boy meets girl, boy loses girl, boy gets girl. Many more can be summed up as: man in danger, man fights danger, man overcomes danger. Plots can also, of course, be terribly complicated, like Bleak House, for instance. They can be full of satisfying twists and breathtaking surprises. They can be every sort of thing to every sort of writer but they have this in common. They are WHAT MAKES A READER TURN THE PAGE. They are the “what’s going to happen next?“ engine that drives the whole machine.

I’ve been a reader for almost 70 years. I read a great deal, though less so these days with the advent of the Box Set. Many long form narratives on television are better than lots of novels. I’ve never been a dutiful reader and have always given up a book if I was bored, except when I had to study it. I can’t tell you the number of readers I’ve spoken to who tell me, sighing: "Well, I feel I do have to get to the end but I’m not enjoying it...”
What they probably mean is: they are not engaged with this book because the plot is non-existent and there’s only so much fine writing a person can take before needing someone to root for, someone to hate, someone to fear and with any luck all of the above. They want talk and interaction between characters. They want conflict. They want passion. They may want quantities of sex and violence if sales figures are anything to go by. They want A THREAD OF SUSPENSE to pull them through the timeline of the novel. It doesn’t have to be dramatic. Will the curate turn up for tea tomorrow? can be as exciting in good hands as who killed the body in the library?

And that surely is the point: in good hands. Another variation of one of my favourite mottos: it's not what you do, it's the way that you do it. Let me take Marcel Proust as an example. Here is someone who’s generally thought of as being on the plotless side of the literary fence. We do, after all, spend many, many pages right at the beginning of the novel waiting for Marcel’s mother to come and kiss him goodnight... but as the story develops, we are caught up with the plot lines of very many characters who interact with one another and whose stories intertwine most satisfyingly. The same thing can be said of the 12 volumes in Anthony Powell's sequence of novels, known as A Dance to the Music of Time. Each one is a story on its own and when you've read all twelve, they form a dizzying perspective of plots, like a intricate jigsaw of society perfectly slotted together; a kaleidoscope of many lives, moving through time together.

You may like reading the domestic, the historical, the futuristic, the dystopian, the soppy, the thrilling, the mind- crunchingly intellectual, the short, the long, the funny (please don’t forget the funny) the sentimental, the zany, the socially committed, the preachy, the off the wall... you name it. You might like any of these kinds of novels, but if what you're reading has no plot, then it can't be called a novel. Which, of course, is absolutely fine.
Posted by Linda Newbery at 00:00