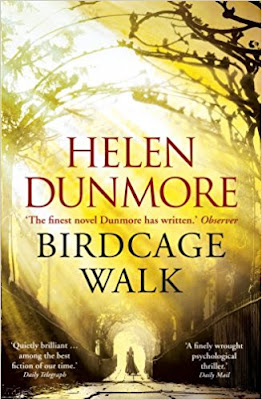 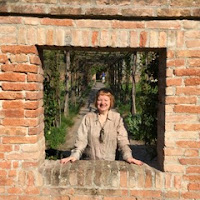 Mary’s first book, a YA novel, was published in 1975. Since then she has written 120 books, mainly for children and teenagers but lately also a couple of adult novels under pseudonyms. After graduating in English Literature from Cambridge and spending a couple of years studying Linguistics at UCL, Mary wrote courses for the Open University for five years but then went freelance. She recently started The Greystones Press, a small independent publishing house, with her husband. Mary’s books have been translated into 30 language and won some prizes. She runs the popular History Girls blog, which can be read every day. Mary lives in a converted barn in West Oxfordshire with her husband and three demanding Burmese cats. Her three daughters are all grown up: one is a writer, one a theatre producer and the youngest, a designer, is sailing round the world. Mary has four grandchildren and her latest picture book, Pirate Baby, is dedicated to the two on the boat.

The last of these, Inside the Wave, posthumously won the Costa Book of the Year prize, announced at the beginning of this year, an award that met with universal approval and poignant pleasure. Helen Dunmore was, in words of the cliché, much loved. But clichés are sometimes true and no-one has a bad word to say about her, whose death at 64 robbed her friends and readers of surely more fiction and verse.

So what of her final novel, Birdcage Walk?

The ambience of the story is immediately arresting: Bristol in the late 18th century, a time when it was a meeting place of radicals, many producing political pamphlets and other ephemera. It was also the site of a property boom and canny developers were building grand terraces above Clifton.

One woman, Lizzie, the daughter of radical Julia Fawkes, forms a link between the two since her marriage to John Diner Tredevant, one of the speculators building a terrace above the gorge. That is an uneasy in-law relationship and Lizzie is torn between the political ideas she has been brought up on and the capitalist ideology that underlies the source of her husband’s potential wealth.

Helen Dunmore herself wrote two months before her death (Guardian, 4th March 2017: Facing mortality and what we leave behind) that she wanted to acknowledge the people who leave no mark on history, no legacy of written words: “Historical record does not know them but fiction can imagine them.”

Of course, at that stage she was aware of her terminal diagnosis and she does leave a great legacy of writing in so many genres but Julia Fawkes is a fictional unknown, whose overgrown grave is found by a man walking his Jack Russell in a rather awkward present day Prelude to the novel. Birdcage Walk is a path leading to a graveyard in Clifton, Bristol, where Dunmore had walked and explored for forty years.

The discovery of Julia’s grave leads the unnamed seeker to research on the Internet and in local archives but although he can find details of Julia’s second husband, Augustus Gleeson, nothing of her life remains. And the dog-walker fades out of the story, not returning at the end to add the second bracket to the framing device.

Still the main story doesn’t begin straightaway. After the Prelude there is a kind of prologue, in 1789, in which a man buries a woman in a deserted glade rear a river. Only eight pages and three years later does the action of the novel proper begin.

Lizzie wakes in a post-coital dawn and extracts herself from her husband’s heavy embrace. This is the powerful, strong John Tredevant, who prefers to be called Diner and who wants plenty of sex but no children. We know from the beginning that he has a temper and is possessive about his wife, not wanting to share her love with a child.

But a child there is and it’s not because Diner forbears to satisfy himself in other orifices or that Lizzie forgets her mother’s advice about what to do with a little sponge and some vinegar. It is Lizzie’s own mother, the great Julia Fawkes, who has the child, a boy, and the tragedy of his birth leaves him in need of mothering.

Diner is jealous of the love Lizzie lavishes on her little half-brother and issues a series of ultimatums. It is clear that all the women in the story are afraid of him and Lizzie’s true alliances are with Hannah, her mother’s old servant and young Philo the Tredevants’ own maid. There is a sort of conspiracy of sisterhood among the women to keep Diner pacified and the baby Thomas (named for Tom Paine, as the son of two radicals) properly cared for.

Meanwhile, Lizzie and Diner have moved into one of the terraced houses he has built – what we’d now call a “show home” - to encourage buyers but the terrace and the pavement outside it are incomplete, suppliers are demanding payment, the workers are threatening to down tools and buyers are not forthcoming. None of this is good for Diner’s temper and Lizzie lives in an atmosphere of brooding menace.

At the same time, in Paris, the deposed King Louis has gone on trial. Lizzie is living in a time of great change both personally and publicly. It seems almost inevitable that she will meet someone else and she does: a young man being sheltered by her stepfather Augustus. Will Forest is everything that Diner is not – tender, a poet and interested in Lizzie’s opinions.

And into this powder keg of high emotions is dropped the match of Diner’s dead first wife, Lucie. Her godmother turns up, asking to see Lucie’s grave.

This must be Helen Dunmore’s last novel and it is laced through with forebodings about death. Because of her previous prize-winning output and the sadness at her loss, we want it to be a masterpiece but unfortunately, it isn’t.

It is, as you would expect, very well-written and often fascinating but the construction is off -putting and the prologue of the man burying the woman leaches all the tension out of Diner’s story. There are little nods to other treatments of the same theme, as when Diner says of Lucie, “one may smile too often,” evoking Browning’s My Last Duchess and “all smiles stopped together.”

In her Afterword, Dunmore says, “I am writing not only about a particular period of history but also about the ways in which the individual vanishes from historical record.” This is where the interest of the novel lies, in the imagining of Julia Fawkes as one of those “lost people,” albeit a fictional one, whose mark on history disappears like a fingerprint in kneaded dough but whose influence lives on.

Her Words Remain Our Inheritance is carved on Julia Fawkes’ headstone. It might as well stand as Helen Dunmore’s own epitaph.