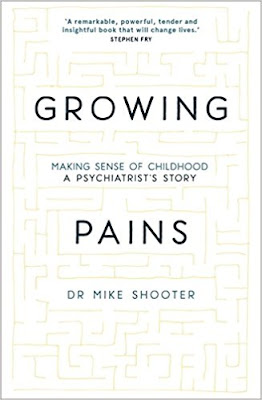 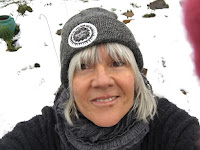 Nicola Davies is the author of more than 50 books for children, fiction, non fiction and poetry. Her work has been published in more than 10 different languages and has won major awards in the UK, US, France, Italy and Germany. Nicola trained as a zoologist and her work focuses on nature and human relationships with the natural world. She has been a senior lecturer in Creative Writing, and now regularly runs workshops for children and adults to help them find their voices as writers and advocates for nature. She was the first recipient of the SLA’s award for Outstanding Contribution to Children’s Non Fiction in 2017 and in 2018 has four picture books longlisted for the Kate Greenaway Award.

Mike Shooter has been helping children and young people through every kind of crisis, from the ordinary wear and tear of family life, to some of the most horrific experiences that human beings can endure, for all of the four decades of his professional life.But this book, drawn directly from his difficult and demanding clinical practice, is not the voice of the arrogant practitioner handing down pills and judgment from a place of safety: Mike Shooter has battled against depression, and knows about mental health problems from the bottom up. This personal experience, plus a healthy scepticism about received wisdom, has informed his work and made him into an extraordinary listener. Listening to what children say about their lives has been the heart and soul of his work. The stories that he has heard and the insights he’s gained, are retold in Growing Pains with a clarity and honesty that is moving and powerful. It is also at times disturbing - not always because of the nature and magnitude of the mental health problems, but because of their mismanagement through poor practice in the NHS and society as a whole. Dr Shooter isn’t a sensationalist, but he doesn't mince words about the fact that the UK has one of the poorest records of child and adolescent mental health in the developed world: a culture increasing focussed on a narrow vision of success and a health service run by and for bean counters.

These are, of course, not all stories with happy endings, but they are inspiring at many levels. First there’s the ability of humans to heal, not just themselves but their relationships: adolescents apparently hell bent of a path of self destruction find better ways to express anger and frustration; parents and children living like enemies in a war zone build bonds of love and support. Then there’s the way that children can make brave and powerful decisions about their lives, their bodies and even their own deaths, when adults include them in all conversations, even the most difficult.

For me, and I think for others who write for children, perhaps the greatest inspiration in Growing Pains is in the power and value of story itself. Symbols and metaphors help children and young people to understand their own lives: the disturbed adolescent finds the root of his unhappiness when the broken heart of a Russian doll reminds him of his dead twin; the little boy who acknowledges the loss of his father and the fact that life goes on through the way the snowflakes settle in snow globe. Growing Pains has re-inspired me to go on trying to write stories that reflect children’s real experience in all its difficulty and to find the comfort and magic that can lie in the heart of the most traumatic situations

Growing Pains is published by Hodder and Stoughton.
Posted by Linda Newbery at 00:00