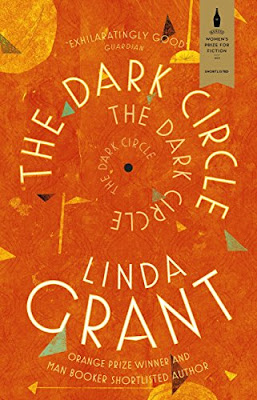 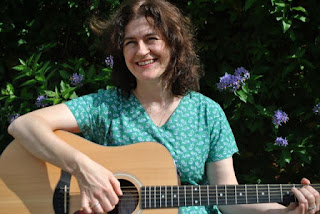 Described in The Irish Times as 'one of our foremost writers for young people', Sheena Wilkinson writes both contemporary and historical fiction for young adults. She has won many awards, including the Children's Books Ireland Book of the Year. Her most recent novel is Street Song (Black and White).

I blame the Chalet School. Linked to an Alpine TB sanatorium, it sparked off in me a lifelong obsession with all things tubercular. In real life, I am too squeamish even to watch a hospital drama, and flinch from every cough in the street; in the pages of a book no medical detail is too vile. As long as it is about something I am pretty safe not to encounter in real life. So, no to cancer, yes to cholera; no to stroke, yes to scarlet fever.

But TB, of course, is the best. And a novel set in a TB sanatorium, thus combining medical beastliness with the enchantment of the closed community – bring it on! Add in social change, the dawn of the NHS, lesbians and twins – could Linda Grant’s The Dark Circle tick any more of my boxes? I’ve enjoyed several of her novels before, but I would have picked this one up regardless of who wrote it, simply because of the setting and subject matter. It very quickly became my favourite book of the year so far. I finished it reluctantly and have been busy recommending it to everyone I know.

It’s hard to define what makes a book compelling, but from the moment I started The Dark Circle, I really couldn’t put it down. Grant introduces us to eighteen year old twins, Lenny and Miriam, coming of age in post-war London. It’s a grey world of austerity and anti-Semitism but change is in the offing, and Lenny, who ‘had slept with three birds already’ and ‘had his own London drape with two pairs of trousers’ is determined to dodge his national service and be part of the coming boom. He doesn’t expect to be told he has TB and that his twin sister Miriam is also affected. Though the novel spans a wide cast of characters, from patients to doctors to the inimitable Uncle Manny, it is to the twins that we always return, and around their bond that the action spins.

This being the dawn of the NHS, these working class characters are swept off to the Gwendo, formerly an exclusive private sanatorium but now ‘opened … to anyone.’ Everything is alien to them – the strict regime; the threatening landscape; the still mostly genteel backgrounds of the patients. They make connections with people they would never otherwise have met, ladies and army captains, girl graduates and even an American sailor.

What binds these characters is quite simply their shared experience of their disease: a horrible thing, traditionally a death sentence, but, by the early 1950s, starting to respond to new drugs. Grant acknowledges the romantic cult which has always surrounded TB, but sets this against the reality of symptoms and treatment. Her characters cough, and bleed, and sweat and spit. They grow bored and cold on bed rest open to the elements. They have their lungs collapsed and, in one of the most horrifying scenes, their ribs broken and removed, leaving permanent disfigurement. They grow podgy under the enforced rest and milky diet. A far cry from Keats and even the Chalet School.

Grant brilliantly captures vicissitudes of life in this isolated community, poised always between boredom and high drama. Who will live and who will die? Until now, this has mostly been a matter of luck but as the novel progresses, a new treatment becomes available: ‘Streptomycin… It’s supposed to be as compete a cure as you can hope for.’ But stocks are limited. Who will be offered it, and on what grounds?

At first I was slightly disappointed when the action of the novel moved on from the intensity of the Gwendo; I had become, like the characters, institutionalised. And that first long section, ‘Each Breath You Take’, remains my favourite. But as I read about the developing fortunes of our heroes, into almost the present day, I decided that this was one of the book’s strengths: to show how close we are to that time which might otherwise seem so distant. It reminds us that Lenny and Miriam and Valerie are our own parents and grandparents. And with a health service in crisis and the terrifying rise of antibiotic-resistant infections, The Dark Circle is a great deal more than a brilliantly-observed period piece.

The Dark Circle is published by Virago.