PICK OF THE YEAR by Adèle Geras

There are an awful lot of variations of the name ANNE in my pick of the year but that's a pure coincidence. This list will leave out many  books I liked a lot, but that can't be helped.  It's not in order of merit but roughly in the order I read them.  I cannot account for why Tana French's cover image is larger than anyone else's. Here goes!

1) THE ESSEX SERPENT by Sarah Perry. 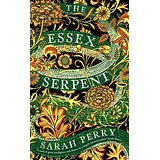 I was an early adopter of this splendid novel. I read it in a black and white covered proof so was not seduced by the astonishingly beautiful cover.  It's a most enjoyable and deliciously Gothic historical novel, with so much in it that you wonder how Perry has covered the ground, without losing impetus, structure or  interest. The prose is fabulous throughout. It's on the Costa shortlist and I'd be thrilled if it won.

2) THE GUSTAV  SONATA   by Rose Tremain. 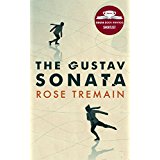 Tremain has been a favourite writer of mine for many years but this is perhaps her most moving novel. Set in Switzerland and covering a period from the Second World War to the 70s, it is the story of a friendship like no other I've read. Warning: it is also almost unbearably sad at times. Also on the Costa shortlist and I would not be sorry if it won. Could we have two main prizes?

3) A LITTLE LIFE by Hanya Yanagihara. 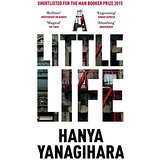 This novel was very controversial when it appeared, dividing readers. Those who loved it were enthusiastic. Those who didn't said it was too violent, the child abuse themes were too graphic and so forth. They objected to the 'realism' of having four best friends in New York who were quite so successful. Unlikely, they said. Not convincing. They objected to a portrait of the city which didn't even mention 9/11. I read it over my summer holiday (it is 900 pages long but you don't notice on a Kindle) and I can truthfully say that it's the best novel I've read not just this year but for many years. I  think people misunderstood it. I reckon it's a fairytale. I think the child abuse elements are the Dark Forest we know from so many of the Grimm stories. And the moral: what will survive of us is love seems to me to be a good one.  Jude is a fairytale hero. I was moved, excited, and overcome with admiration for the writing and the way Yanagihara makes New York a magical place, full of strange enchantments and ogres in plenty. Do try it, but don't beat yourself up if it isn't your sort of thing. As I say: this book divided readers.

4) THE TRESPASSER by Tana French. 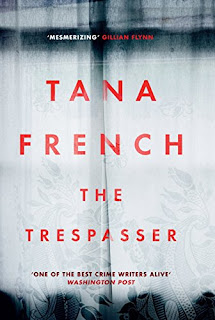 French ought to be more widely read and much more admired. Her novels, set in Ireland, are just as good as many of the Irish books which win  prizes, but with added crime. Do not miss FAITHFUL PLACE and BROKEN HARBOUR. This one is also terrific and different from those. It's a first person police procedural which will make you feel part of the group of cops at this particular station. Good crime, characters you can warm to and a narrator who has a great line in humour too. If you like detective/crime/psychological thrillers, make 2017 the year you get to know Tana French. 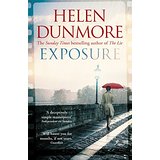 Dunmore is a safe pair of hands and this novel is very good indeed. It's a rather unusual spy story with elements that will remind you of Graham Greene. A moral dilemma, interesting characters, a spot-on evocation of the post-War period and just ripe to be turned into a television series. Read it first before that happens. Dunmore is also a poet and it shows. 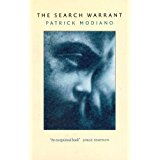 Prize for the most extraordinary reading experience of the year goes to this book by the Nobel prizewinning French writer. When he won the Nobel, I had not heard of him. I have now downloaded three more books. This one is very short, and in a way, not really a novel at all. Nothing much happens. A man looks for someone. That's it. It's a novel full of spaces, gaps in narrative, holes in the fabric of the world and it manages to say so much precisely because of these gaps about the Occupation of Paris in the Second World War. It reads very easily. The narrator tells us street names. What was there once. What is now there. He mentions people and speculates on what has happened to them. He walks around. At the end, you're shattered and wonder what the magic of this book is, exactly. It was a complete eye-opener. 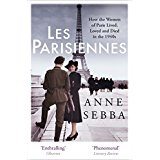 After reading Modiano, I really wanted to know more about the time of the Occupation of Paris and this book came along right on cue.  Sebba takes us in detail through those days as seen through the lives of the women of the city: those who resisted, those who collaborated, those who did the best they could. It's a lavishly produced doorstopper with lots of photographs and by the time you've read it, you have lived vicariously through those days and experienced them through the words, and memories of the living and the dead. Sebba interviews many survivors of that time and their testimony is particularly moving. For anyone who loves truly readable history. 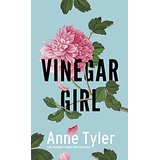 There's no question in my mind that Tyler is the Great American  Novelist and I would love her to win the Nobel prize. For decades, she's written about a small corner of the USA, (Baltimore) and made it her own. She is an elegant but unostentatious writer; one of those whose prose seems organic, as though it has grown naturally on the page with no  discernible effort  from the writer. Her subject is families and their eccentricities and emotions and relationships, which is probably why she is not a Nobel Laureate.  Her books count as  Domestic Fiction which of course is regarded as Lesser. It's not War. It's not Politics. It's not Fantasy. It's not Crime...it's people doing the best they can to get through life.
VINEGAR GIRL is her take on Shakespeare's  The Taming of the Shrew, part of the Hogarth series of novellas,  and it's quite delightful. It's short and slight and perfect. You will laugh, and cry and fall in love with the heroine and her unlikely hero. I thought it was great. 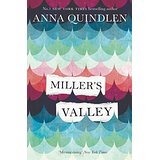 I love Quindlen's novels. She ought to be better known here and I thought this book was so good I reviewed it on this site, so won't go on about it too much... do read it, and try also STILL LIFE WITH BREADCRUMBS which is also very good indeed. 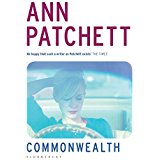 Almost at the end of the year comes one of the best novels of all. Patchett has used her own family history, I think, to write about what are now known as Blended Families and she does it so well and so movingly and sensitively that you feel by the end as if you've met and known every one of the many characters. It's a warm-hearted, generous and enthralling story of flawed but very recognisable people. I really loved it.

Merry Christmas and Happy 2017 to all readers of this blog. Hope  your own reading experiences prove enjoyable. DO NOT READ A BOOK  YOU'RE NOT ENJOYING....your life is too short.
Posted by adele at 06:00