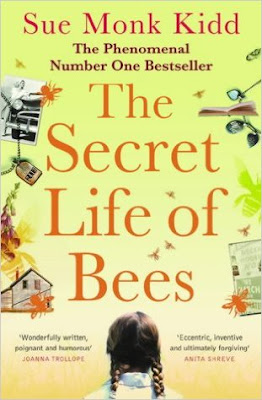 writes novels, plays, stories and poetry for all ages, and is
translated into over twenty languages. She has written over 60 books, several
of which have been dramatised for radio, television and the stage. She has won
many awards around the world, including the Carnegie Medal twice (for
Dear Nobody andGranny was a Buffer Girl). Her subjects cover many different
genres, from folk and fairy tales and historical fiction to enduring contemporary
novels. Her most recent children's novel is Far From Home, a companion book
to Street Child. Her adult novel Requiem was recently re-published by
Cybermouse Books.
www.berliedoherty.com

I picked up the book because the title intrigued me. The fact that it
was published 15 years ago, and had been on the New York Times
best-seller list despite being a debut novel, won awards and had been
made into a major film had completely passed me by, maybe because
there are simply so many excellent and award-winning books around.
We can't read them all, never mind giving ourselves the luxury of
loving them. I read this book quickly and compulsively, enjoying the
rare condition of having become completely absorbed in a novel.
It doesn't happen so often these days. I think my delight in the book
has as much to do with the beguiling voice of the narrator as with
the plot itself, which is both harrowing and uplifting. When I tell
people about the best books I've read this year, and many of them
very powerful and memorable pieces of writing, this is the one I want
to hug.

In many ways The Secret Life of Bees affected me as much as To Kill
a Mocking Bird did many years ago, though it is less ambitious and
distressing in its political message. It is set in South Carolina in 1964,
the year of the American Civil Rights Act.  The 14 year old white central
character, Lily Owens, is told by her abusive father, T-Ray, that she fatally
shot her mother when she was four years old. This is the central motivation
of the plot, which takes Lily on a personal mission away from her home
to try to discover the truth.  She has in her possession a photograph of
her mother and a picture of a black Madonna. Hitch-hiking with her is
the family's black maid, Rosaleen, who had been arrested and attacked
for spoiling a white man's shoes on her way to registering to vote for the
very first time. Lily rescues her from hospital, sure in herself that the only
hope for either of them is in leaving her father and the home-town of
Sylvan. The honey-farm in Tiburon where they end up is run by the black
Boatwright sisters, and it is here that Lily begins to find peace and a
knowledge of self-value. It is a coming-of-age novel in which we share the
experience and personal journey of a teenage girl who has seen and
experienced violence, death, grief, loss and love. I have no intention of
plot-spoiling by telling any more of what happens.

So what about this intriguing title? The story begins when Lily is woken up
by a swarm of bees in her room. When she drags T-Ray in to help her get
rid of them, the bees have gone. Her totem, hidden in a box that is buried
in her garden, is a picture of a black Madonna, with Tiburon written on the
back, and it is only when she arrives in that town that she discovers the same
label on a jar of honey. When she is given shelter by the Boatwright sisters,
she helps with the tending of the hives and the harvesting of honey. Every
chapter begins with a fascinating little piece about the behaviour of bees,
and the metaphor of the beehive is realised in the Boatwright household,
the symbol of companionship, community, busyness, female power
and ultimate reward.

I have recently seen the film, and was relieved to see that it is a very faithful
portrayal of the novel, at times deeply moving, and with some beautiful
performances. Visually of course the film gives us a much stronger impression
of the period; in the novel the characters are timeless, especially Lily and the
Boatwright sisters, and it comes as quite a surprise to see them dressed in
sixties clothes and enjoying sixties music. The film gives a vivid visual reminder
of racial hatred and ignorance which is extremely painful to watch. But then,
of course, it goes for a slightly softer ending, with just a few more
heart-warming tweaks than the novelist imagined.