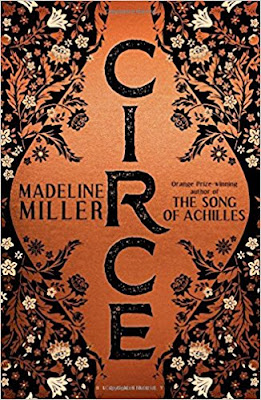 Judith Lennox was born in Salisbury in 1953 and has written twenty-one novels, the most recent of which is Hidden Lives. She lives in Cambridge with her husband Iain and has three sons and six grandchildren.


The opening sentence of Miller’s novel is arresting: ‘When I was born, the name for what I was did not exist.’ Circe is a witch, a sorceress. She is the daughter of Helios, the sun god, and the naiad Perse, who catches his eye. We follow Circe’s story from her birth in Helios’s dark and silent halls, through her encounters with the familiar characters of myth – Scylla, Odysseus, the Minotaur – to her destiny.

The novel is told from Circe’s point of view. It’s a difficult task to persuade a reader to care about an immortal being, but Miller achieves it by making the reader feel present in antiquity. She skimps on neither the glory nor the savagery. Her landscapes are beautiful and luxuriant, populated by the gods, with their chilly, implacable, gleaming majesty. Compared to them, humans are grey and slack and wear their mortality like a badge. Pity and mercy are alien to Athena, Artemis, Hermes, Helios and their kind, as is death. One of Circe’s formative experiences is when she witnesses the punishment of Prometheus for giving mortals fire. She alone secretly gives him comfort – a cup of nectar – after his terrible scourging by the Fury. In return he offers her a lesson she never forgets: Not every god need be the same.

Circe’s story is one of self-realisation. As the novel goes on, she comes to know what she truly is: a witch, a creator of potions and enchantments, who has the power of transformation. Her skills aren’t handed to her on a plate, she has to learn them through hard, painstaking work, alone in exile on the island of Aiaia. Circe comes to realise that what Prometheus told her is true, that she is not the same as other gods. She cares about the fate of mortals: when Hermes, her lover, off-handedly informs her of the death of the princess Ariadne – ‘If you cry every time some mortal dies, you’ll drown in a month’ – she angrily rejects him.

So often, the portrayal of gods, demi-gods and monsters in film and fiction is disappointing. We might admire their prowess or fear their cruelty, but we can’t connect with them. They seem one-dimensional, both less than they should be and at the same time untouchable, invulnerable. Miller’s mythical beings are vivid and full of character, summed up in neat phrases and pithy descriptions. Helios, for instance: ‘My father has never been able to imagine the world without himself in it.’ Or Scylla: ‘her round face lacquered with malice.’ The tedium of immortality is hinted at: ‘Gods love nothing more than novelty.’ And so we are able to understand a little the Titans and Olympians, because they share our human frailties.

Most of all we connect with Circe. Her problems are our problems – the baby who cries all night and will not sleep, the son who leaves his mother for foreign lands, the predatory men who, finding her on her own without the protection of a husband, son or brother, use her as something less than human. Perhaps we’d like to have access to the powers with which she confronts these situations – perhaps we too would like to turn our aggressors into swine, or devise enchantments to guard our children. In Madeline Miller’s hands, Circe is no evil witch, but an intelligent woman who finds autonomy and love in a hostile world.

Circe is faithful to the roots of the story, while managing to feel contemporary at the same time. The chill of antiquity exists in a world that trembles on the brink of change and modernity. Her language is poetic, as sharp as a knife-blade when necessary, but touching, poignant and thoughtful too. ‘Humbling women seems to me a chief pastime of poets,’ muses Circe. ‘As if there can be no story unless we crawl and weep.’ In this novel, Madeline Miller triumphantly reclaims a story of female power, putting at its centre a character who has the capacity for love, endurance and empathy.

Circe is published by Bloomsbury.
Posted by Linda Newbery at 00:00