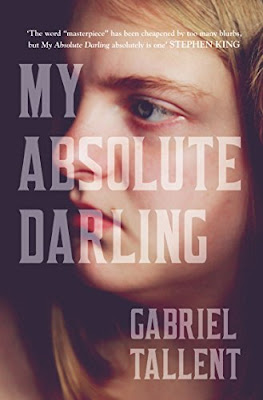 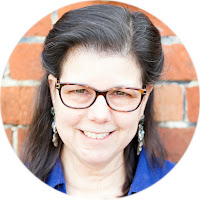 Nicky Singer is a novelist, playwright and librettist. Her first book for children, Feather Boy, won the Blue Peter ‘Book of the Year’ Award and was adapted for TV, winning a BAFTA for Best Children’s Drama. In 2010 she was asked by Glyndebourne to adapt her novel Knight Crew (a re-telling of the King Arthur legend set in contemporary gangland) for an opera with music by Julian Philips. 2012 saw the premiere of her play Island (about ice-bears and the nature of reality) at the National Theatre. She re-wrote Island as a novel and no mainstream publisher was remotely interested. So she published it herself via Kickstarter with illustrations by UK Children’s Laureate, Chris Riddell. Somehow it managed to claw its way onto the Carnegie longlist. Her new book (forthcoming July 2018) is already sold in France, Germany, Italy, Israel, China and Russia as well as the UK. #FunnyOldWorld


I know what reviews are supposed to be. They're supposed to be relatively impartial summations which allow a third party access to a book. This isn't going to be a review like that. This is a writers’ review blog and this is going to be one writer’s extremely personal – visceral even - reaction to a fellow writer’s work.

I gorged on this raw, pulsing, thrilling book.

My Absolute Darling is the story of a powerful man and his soon-to-be-powerful daughter locked in an appalling, abusive embrace. Set against a throbbing landscape of sea and pond, poison ivy and sodden spiderwebs, it’s a book that strips away much of how we live now – our technology, our twittery busy-ness - reducing things to ‘bloody marrow’ and ‘hollow thighbones’. It allows no easy assumptions – confronts you at every level. The monstrous, survivalist father sits by his guns reading Hume’s An Enquiry Concerning the Principles of Morals. Vile, loathsome and compelling, he is, of course, not always so: intelligent and damaged, he both defends and cares. His daughter, similarly, both loves and hates him, waiting for him at night ‘touching the cold blade of her pocketknife to her face’ because ‘by turns she wants and does not want it’. Violence lurks on every page but so does poetry. Not poetry of the rhyming sort but poetry which captures big thoughts, big landscapes or big emotions in small, exact ways: ‘His touch brings her skin to life, and she holds it all within the private theatre of her mind, where anything is permitted, their two shadows cast across the sheet and knit together’. The talent of Tallent (sic) is to insert this poetry - this quality - into the driving force of the narrative (the guns, the horror, our growing sense of where all this must end) without once slackening the pace.

This is not a book you read leisurely. You consume it – as it consumes you. And you also shout at it. Or at least I did, finding myself being confronted by all my own prejudices and story tropes. If someone doesn’t help this girl out in the next chapter, I shouted, I’m going to get in there and do it myself! Although, of course, I knew perfectly well that the only person who could save this girl – if she was to be saved – was the girl herself. Turtle. Turtle Alveston. And here’s another sly piece of Tallent’s genius - the heroine’s many names. Her ‘real’ name is Julia. This is what she’s called at school. Her Grandfather calls her ‘Sweetpea’. To her father she’s just ‘kibble’. Kibble without a capital ‘k’ – like a piece of dog food. It hurt me every time he named her so. Turtle is the name she gives herself. It’s never explained but one can guess about the hard shell and the retreating, hiding, quivering inside. In moments of real self-loathing she also uses one of her father’s other terms for her: ‘illiterate little slit’. Illiterate little slit? Right, that’s it. I’m going to go into the book to kill the bastard. Now. Because where the hell is the prince in this story anyway? The prince is Jacob. Only he doesn’t find her – she finds him, lost and without shelter one night in the harsh Mendocino landscape. The landscape which she knows like the back of her hand. So, of course, it is Turtle who does the saving and Jacob who does some more naming. Now she’s the ‘chainsaw-wielding, shotgun-toting, Zen Buddhist, once-and-future queen of post-apocalyptic America’. And yes, of course, part of Turtle is this magnificent, imagined person. Part of her is also way out of this privileged boy’s league. But he has access to the world outside Turtle’s closed life. So, he can do something, can’t he? Make something happen, save her after all? No, of course not.

If I’m being really snippy, I’d say Tallent doesn’t quite solve the final question of the would-be prince’s place in the final spectacular – and thrillingly expected – denouement. But I’m not being snippy because this is a big, passionate, written-from-the-soul book. And they don’t come often. Although when they do come they come, increasingly (for me, anyway) stripped to these same essentials - people, landscape. Take A Whole Life by Robert Seethaler, for instance. Quieter of course, but with the same truth. Or the 2017 Booker shortlisted Elmet by Fiona Mozley which features another powerful man and daughter in a wood you can also smell and chop. So now I’m thinking – is this some new trope? They used to say that to write a good kids’ book you need to get rid of the parents. Is it now that, to write a great adult book, you have to strip away the technology? That we can no longer say or mean deep things inside our everyday techno lives, and that we must return to the visceral dark and the hurting to understand the important and real? This jolts me to the realisation that my own new book follows a girl and a boy through six thousand miles of guess what – landscape: sand and stars and stone. I hope my book has some of the same blood and passion as Tallent’s book. Actually, I hope it has a tenth of the blood and passion of Tallent’s book. My Absolute Darling. Oh, my absolute darling. Read it, please. It’s the new way to be alive.

My Absolute Darling is published by 4th Estate.